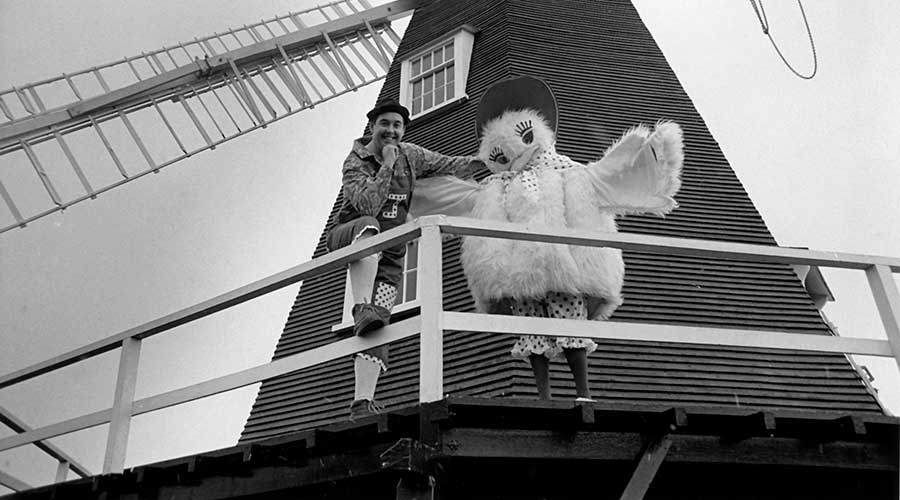 When Gordon was asked by Ralph Hoult of the Starlight Entertainers to perform at the King’s Theatre, Ramsgate, to mark the charity group’s 30th anniversary, he was not aware that he was to receive the very first “Thanet Obelisk Lifetime Achievement Award”...

On Saturday 23rd November 2013, Gordon was presented the award by “Mr Margate” Cllr Mick Tomlinson and Mr Hoult to mark a career spanning over 30 years in entertainment.

After accepting his award and as a finale to the awards night, Gordon performed ‘Thanks for the Memory’, a medley celebrating the stars of Music Hall. While he sang, a slideshow of photographs depicting poignant moments in his performing life was projected onto the screen behind him.

Gordon said: “I am thrilled that I have been given this beautiful award which represents hard work, diligence and a sincere desire to use whatever talents I have been given to bring happiness and entertainment to people of all ages.

“I do well when working outside the area, but my benchmark has always been my standing in my home town of Thanet.”

The first “Thanet Obelisk Awards Night” was organised and presented by Mr. Hoult to celebrate local theatre and events. All the recipients were unaware they were to receive an award until the event.

13 awards were given to local event organisers and performers, presented by local celebrities, councillors and showbiz personalities. The evening’s entertainment included 18-year-old Ben Hoenes, who won awards for Best Actor and Best Male Singer, Wisewood’s Dance, who won the award for Best Dance Troupe, and Stage Door who performed three numbers from their production of Les Misérables, which won them the Best Musical Theatre Award.

Mr Hoult wrote on Facebook: “The ‘Thanet Obelisk Awards’ could end up being the biggest thing in Thanet and every performer and events person will strive to get one – they will try harder and make more things happen. What we are doing is bringing a much bigger community spirit.”